Where did we come from?

Here’s a brief history of our band………

Back around 1928:
The Hyde Street Youth Band was formed as the school band for Footscray Primary School, its first Musical Director being F. C. “Massa” Johnstone.

The band was known as the Hyde St. State School Band, and was very much an integral part of the local community. The band’s first contest success was at the Victorian State Schools Association championship in 1931, the first of many to come. By this time, “Hyde St.” was famous, and in fact held the record for the number of V.S.B.A. wins from 1931 to 1966.

1948-1991:
The year 1948 saw the end of an era when “Massa” retired as Bandmaster. A new era began when Bill Shea took over the musical direction and led the band to still further success, winning many more competitions and becoming famous nationwide. With Bill’s retirement in 1981, the band went through a period of decline but was soon back on top again under the leadership of ex-player Doug Trottman OAM. Many fine players passed through the band during this and previous periods.

1991-1995:
At the end of that year, we were fortunate to secure the services of Jason Mears, under whose direction the band climbed the ladder of success once again.

In 1994, we were Victorian ‘Jnr. B Grade’ champions, Victorian ‘Open D Grade’ champions and holder of the coveted “Merve Simpson Memorial Shield” awarded to the most outstanding contesting band. In 1995, the band was promoted to ‘Open C’ and ‘Jnr. A’ Grades. 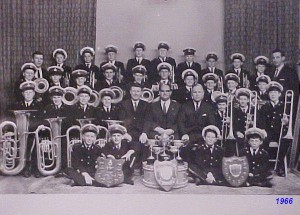 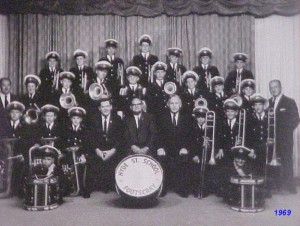 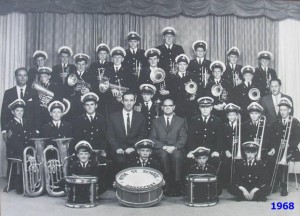 The last time Hyde St. played at an A.F.L. football match, this shot from the 1997 (Round 22) Hawthorn vs. Bulldogs clash at the now-defunct Waverly Park, a combined engagement with Hawthorn City Junior Band.
When Jason Mears left to conduct the Sunshine City Band in 1995, we were very fortunate to have Robert Breen become our new Musical Director. He was highly regarded, being national Jnr. Champion-of-Champions, twice national Tuba Champion and three times state Open Tuba Champion. Robert is now Head of Music at Mowbray College in Melton and in 2000, passed the baton to Bryan Chetcuti who taught brass at Mowbray. Joshua Geddes became our next conductor from October 2003 to July 2005.  John Collinson was appointed as his replacement in August 2005 and was replaced by ex-member Mark Fitzpatrick who soon accepted a surprise appointment with the Auckland Philharmonic in New Zealand.  Assistant MD David Redding filled the vacancy for several months until he was joined by yet another Hyde St. alumnus in Benjamin Milne as “Joint Musical Directors” in October 2008.

The year 2001 saw Hyde Street win the Victorian state ‘Jnr. C’ grade championship and the formation of a Training Band to accommodate new learners. Its first successful graduate played with the main band in April 2002.  The years 2002-03-04 saw the band successfully defend its state ‘Jnr. C’ title.  Promotion to ‘Jnr. B’ was in 2005 although recent times have seen us back in ‘Jnr. C’.

Past Band Activities :
The Hyde St. band has accompanied A.B.C. recording artist Rob Fairbairn on his recording 1994 recording of “Sons of the ‘Scrays” and have played on the GTV-9 Footy Show on four occasions, the latest being on ANZAC Day 2002.

Probably the most high profile ‘play-out’ over many years was at the football when the old Footscray Football Club would allow the band to play around the boundary at half-time; helpers would drag a tarp behind the band and the crowd would shower their generosity upon the band……a handy (and now sadly missed) source of income!

Early in 2001, several members joined in as part of the V.B.L. Massed Bands contingent at the ‘Our Nation on Parade’ march in Melbourne, celebrating Australia’s Centenary of Federation. Our other players participated as members of the Victorian State Youth Brass Band. In an attempt to increase our membership, our Training Band started in November.

After nearly 75 years of association with Footscray City Primary School, our band moved at the beginning of 2003 to the Yarraville Club in Stephen St.  In February 2006, our rehearsal base then moved to the Footscray-Yarraville City band room in Hyde St., right next door to the school where the band was born!

2008 sees another milestone for the band with the celebration of its 80th year, so as we say….. 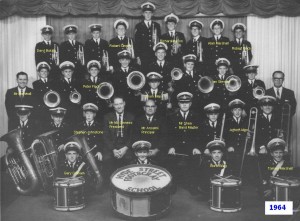 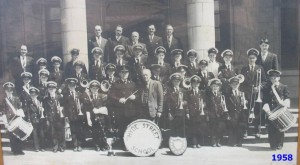 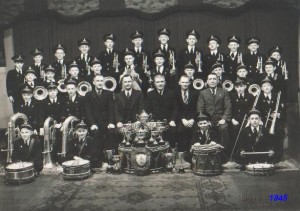 HYDE STREET YOUTH BAND, SOUNDING GREAT SINCE ’28!
Work is currently underway to properly research and present the history of the Hyde St. Youth Band.  We would very much appreciate any information that would add to our (often) incomplete records!

Not all are here unfortunately but we are keen to augment our history as information and/or materials become available.

Our list is slowly being completed, other M.D.s included…..

Phillipa Edwards – current as at 2022

Thank you to Tasco Petroleum